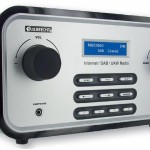 THESE 3 COMPONENTS FOR 1 GREAT PRICE!

TwistDock is much more than a standard docking station for this popular gaming system. This unique system expands, charges and connects to the Sony Playstation 3, while keeping cables neatly out of sight. It is a docking system that fits both the Original and Slim versions of the PS3 gaming console.
Always ready for action
There is nothing more frustrating than having to stop a game halfway through to re-charge the controller’s batteries. Now gamers can just keep on playing. With TwistDock, the controllers are always ready for action. Even when the console is turned off, the controllers can be charging. Gamers can easily snap two controllers into place on the back of TwistDock’s turning tower. So they are always charged and ready to go in the blink of an eye. No more digging through the couch cushions to find lost controllers.

A place of honor

TwistDock gives the PlayStation the place of honor it deserves in the home. In many homes, the PlayStation gaming console has become a set fixture. Especially since it is much more than just a gaming computer. It is a complete media center with internet, on-demand television and a blu-ray/3D player that stands next to the flat screen TV in many cases. But like so many other pieces of entertainment equipment, the PlayStation also comes with its own stack of cables that can be a real eye-sore to look at and a mess to keep tidy. With TwistDock, these cables are neatly concealed in the sturdy pedestal that holds the PlayStation securely in place.

Best Accessory Award for the TwistDock

During Retail Vision 2010 in London, TwistDock was officially introduced to sales channels. It was immediately a big success. During this trade show, TwistDock immediately carried off the prestigious RetailVision Europe 2010 Award. TwistDock was honored in the “Best Accessory” category.