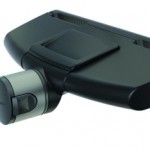 Expanding everyone’s AV experience in a drive for innovation

Eindhoven, The Netherlands, May 2013 – It all began more than 40 years ago, when founder Harry Vogels was determined to create the perfect acoustics for listening to his music. The problem was he had no way to hang a loudspeaker on a wall. So he created a way. His first “prototype” was constructed from carton and toy parts borrowed from his children. The BEK 100 loudspeaker mount was born and soon found its way into thousands of homes …

Since then, the Vogel’s company has grown and expanded, but has always continued the founder’s pursuit for perfection. Employees and business partners are deeply motivated to do things better and do them right. They want to create Audio/Video accessories that make people’s lives more comfortable and enjoyable. “We are proud that our brand has become the benchmark in our industry,” says Gerdi Vogels, daughter of the founder and current CEO of Vogel’s.

“Vogel’s is an organisation that really cares about its customers, partners and employees. Evidence of this is the fact that many of Vogel’s business partners have steadfastly worked with Vogel’s for many years – many from the very start. These long term relationships, together with our dedicated group of motivated and professional employees, are the motor of our business.” Gerdi continues

Creator of many firsts in the industry

Starting 28th May 1973, the first product ever produced by Vogel’s, the BEK100 was the first loudspeaker wall mount in the world, and stayed in the production for 30 years! Then, in the 1980s, when the audiovisual industry was rapidly evolving and audio/video equipment was becoming more popular, Vogel’s introduced their first TV support (1978). With the Evolution series, Vogel’s developed a modular system for TV and A/V equipment (1996) including the unique Cable Inlay System (CIS). Following, the company was the first in the industry to launch a gas spring wall mount for LCD/Plasma screens (2001). Vogel’s continued to innovate, using aluminium for their wall mounts which brought them worldwide recognition for the next several years. The next big success was the complete 6000 series for LCD/Plasma screens (2005). As flat screens became larger and thinner, Vogel’s matched these trends by developing an entirely new product line, Vogel’s THIN Series (2010). And last, but certainly not least, the company launched a complete mounting system for the iPad and tablets (2010).

Product development is not the only area where Vogel’s has broken new ground. Many others in the market have followed the lead of Vogel’s in the development of their supporting marketing materials. In the early beginning, Vogel’s introduced a unique floor display to sell its TV mounts and this opened a new era of “self-selling” materials for the industry. Vogel’s went on to create the FlatscreenFitter and TV Mount Advisor, an online database that contains virtually every flat screen manufactured and sold. This tool suggests the best mounting solution for a specific situation and is still unique today. For the professional market, a dedicated Product configurator has been developed to achieve the same results for the business-to-business market. A new mobile website is the latest step that Vogel’s has taken in its progressive social media strategy.

With already experience in the business-to business market, the company took the step to establish a separated division in 2002; Vogel’s Professional. In this year the new division introduced their first ceiling mounts especially for Plasma.  Based on their experience working with aluminium, Vogel’s developed also ceiling mounts for projectors made from this material (2003).  The company went on to create display trolleys and floor stands for various business areas (2006).  With the enormous rise in (short throw) projectors, Vogel’s responded by launching a line-up of mounts (2009). The company’s latest successes in the professional area include the Connect-it series, a modular system of ceiling and wall mounts for displays (2010) and for projectors (2012). The introduction of tablet enclosures brought Vogel’s into yet another new segment (2012).

Since its founding in 1973, Vogel’s has continued to expand its reach year after year. Vogel’s took its first steps in The Netherlands and Germany, and then spread across Europe. Today it is the market leader in AV supports in Europe. The company later crossed over to other continents and it’s products are now sold in over 80 countries.

Numerous awards throughout the years

The many awards that Vogel’s has been honoured to receive over the years is a clear acknowledgment of the company’s leading position in design, installation and manufacturing quality.

Vogel’s manufactures products that have been the preferred choice of millions of consumers over the past 40 years. “We set the highest possible quality standards for our products and are dedicated to creating relevant products that improve people’s lives. Everything we develop is done from our own R&D department, always taking the end-user’s needs into account,” says Vogels.

A continuous drive for innovation

Looking ahead, Vogel’s will continue to reinforce its commitment to innovation. This approach has resulted in the inventiveness and success of the company’s current products. As the company moves forward, it will also place even more emphasis on finding ways to bring comfort to the end consumer. With its strong foundation and vision, Vogel’s will continue to build its position as a healthy and innovative company that is a key player in its industry.

What began as a personal quest for perfection has evolved into the European market leader in mounts and support systems for audio / video equipment. For 40 years, Vogel’s solutions have stood for ingenuity, quality and reliability. Since developing the world’s first loudspeaker mount in 1973, this Dutch company has produced a steady stream of award-winning solutions that make people’s lives more enjoyable. Today, Vogel’s designs, develops and markets mounting solutions for LCD, Plasma and LED screens, audio / video equipment and projectors for different areas in the home. The latest breakthroughs include the revolutionary THIN products and mounting systems for tablets like the Apple iPad. For more information, please visit www.vogels.com.